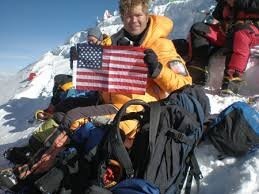 People face different forms of adversity such as mental, spiritual, financial, emotional, social, and physical. The various forms of adversities remain the same, but how we deal with and overcome them as human beings remains the same. Being faced with adversity and overcoming it takes an inner drive – something more. The desire to change accompanied with our inner drive is what gets us through adversity. Besides that, we need determination, enthusiasm, hope, and faith.

Bo Parfet was diagnosed with dyslexia as a boy and also had speech difficulties. This made Bo poor in school and one teacher even thought that he would never graduate from high school. The teacher was not shy about saying the same to Bo’s mother. But even in the face of such adversity, Bo’s parents always worked hard and instilled in him the value and importance of working hard. Thus, he knew from a very early age the importance of working hard to earn success.

Unfortunately, Bo’s parents divorced and that made things even more confusing for him. He literally says he didn’t know where his life was going.

While Bo was in high school, he started to work, first at a car museum and then at a restaurant. He says that he started to do this following advice from his parents. Little did anyone know that the young man was honing his skills and work ethic. He would go on to continue working at a restaurant throughout his life in college. He graduated from Colorado State University and later graduated with a master’s degree in Economics from the University of Michigan. He would continue with his studies to graduate with an MBA from the Kellogg School of Management.

Bo started to invest in stock while in college using the little money he earned from working at a restaurant. This played a big role in Bo’s later passion in investing and it is the same passion that drove him to Wall Street where he worked as an investment banker at JP Morgan.

Bo as a climber

Bo is an avid climber having successfully climbed all the seven summits of the world. While he was climbing the seven summits, he also served as a vanguard member of a scientific research expedition. He was able to discover 29 new species on Mt. Kilimanjaro. Bo says that his appreciation for promoting social and environmental change was deepened by his seeing the world from points that only a few have been able to.

Bo is a philanthropist, author, mountaineer, naturalist, and an entrepreneur. As an author, he has written a book called “Die Trying: One Man’s Quest to Conquer the Seven Summits” where he describes his struggles and how he managed to overcome them to become the man he is today. He describes how he had to endure loss and hardship and how he found strength in the most unimaginable places. You can buy and read his book so that you get a real picture of his heartbreaking experiences.

A Local Serp Checker For Your Local Business